«When I crush a fly, it is clear that I have not killed the thing in itself, but only its phenomenon.»
Schopenhauer - Parerga - 1851


On a winter’s day, during a visit of the Ludwig Forum Museum in Aachen, I saw a fly standing motionless on the surface of a painting by Winfried Gaul. The fly was as real as the painting. Made up of a hairy body and a soul, wings and antennae, the insect had come to rest on Tag und Nacht (1966). Hung at 45 degrees to the left, the abstract painting consisted of a series of four polygons, red, white, green and purple. 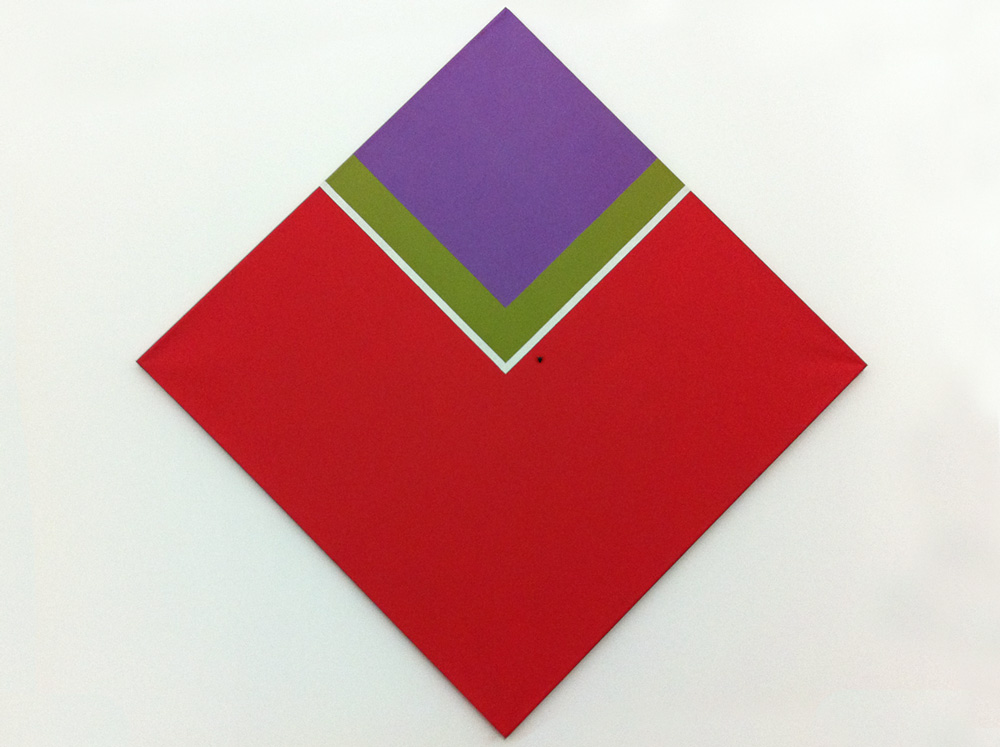 The fly was strategically placed on the edge of the red corner and the white border. I moved closer and saw the scarlet light filtering through the transparent membrane of the insect’s wings.

What was I exactly looking at? At a work by Winfried Gaul or at a temporary and improbable installation which could have been entitled: "Fly on Tag und Nacht" - "Fliege auf Tag und Nacht"? I observed the fly which, in its serene stillness, seemed to be absorbing the German geometric minimalism. Figurative fly on abstract painting. At this very moment, I remembered an anecdote by Giorgio Vasari. 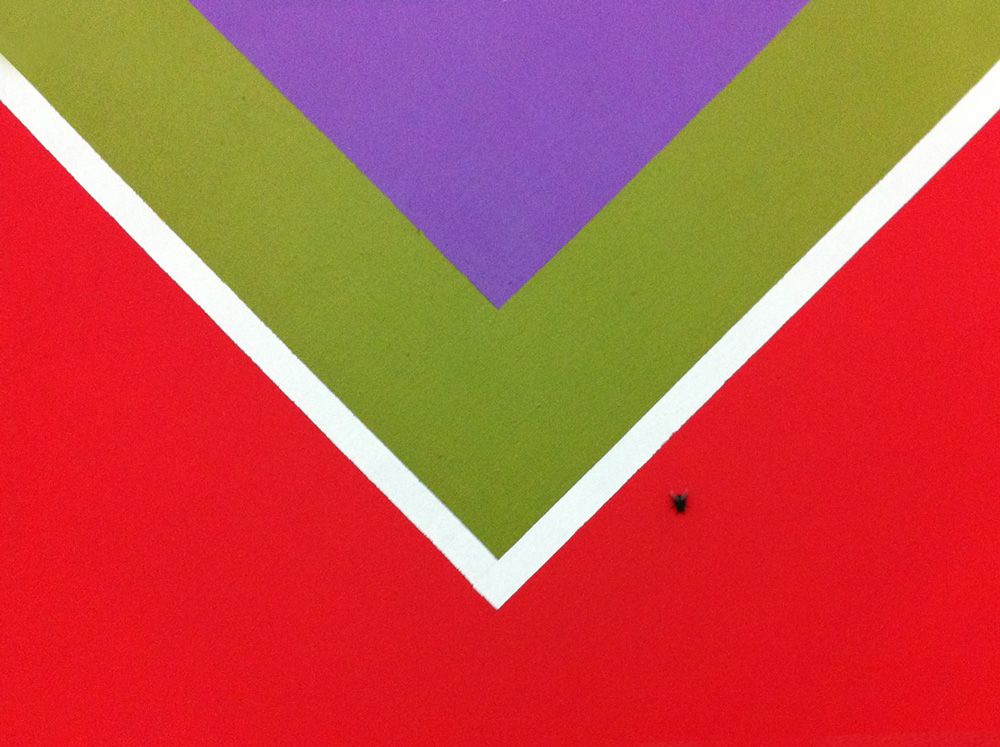 «It is said that when Giotto was only a boy with Cimabue, he once painted a fly on the nose of a face that Cimabue had drawn, so naturally that the master returning to his work tried more than once to drive it away with his hand, thinking it was real.» 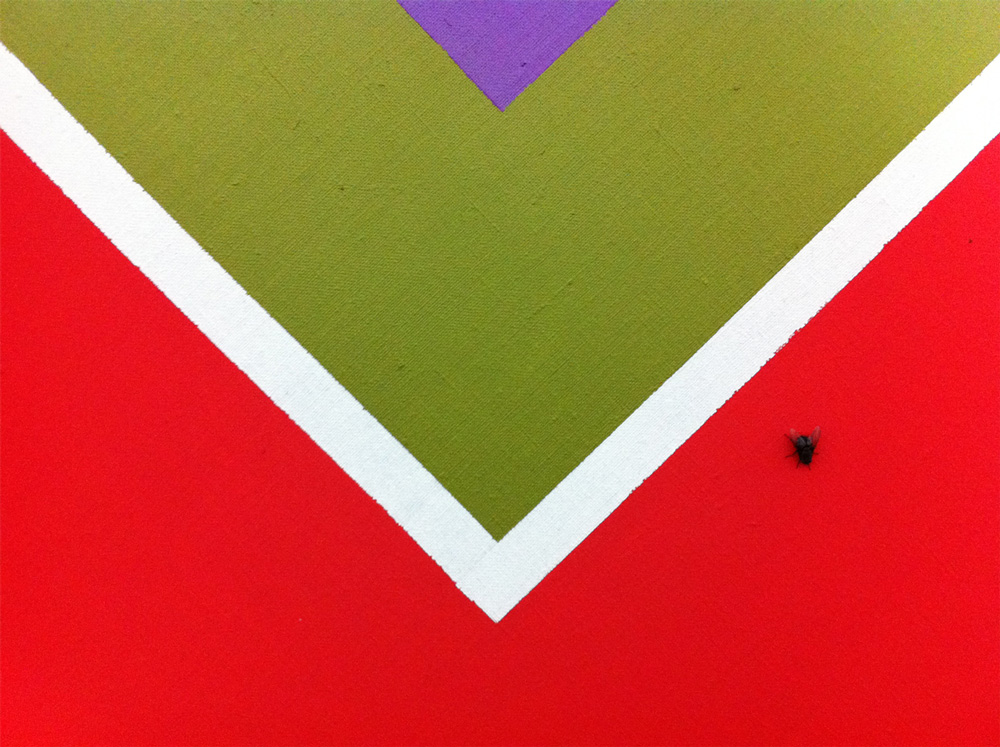 «Concluding the heroic narrative of Giotto's revolution, the detail condenses the progress made in the art of painting: the painted fly is the emblem of the new mastery of the means of mimetic representation, as if the quest for truth in painting had gone through that of its lifelike detail. (...) We can be certain that Giotto never painted such a fly. This practice was not customary in his time, and Vasari, of course, knew it. But, when he wrote "The Lives" in the mid-16th century, the fly had become a pictorial motif which had been quite successful between the second half of the Quattrocento and the early 16th century. Numerous examples can be found: whether it is integrated into the composition, painted on the edge of the image or even as if laid on the surface of the picture itself. All these visual devices could even be combined; the list of painted flies is far from being concluded.” 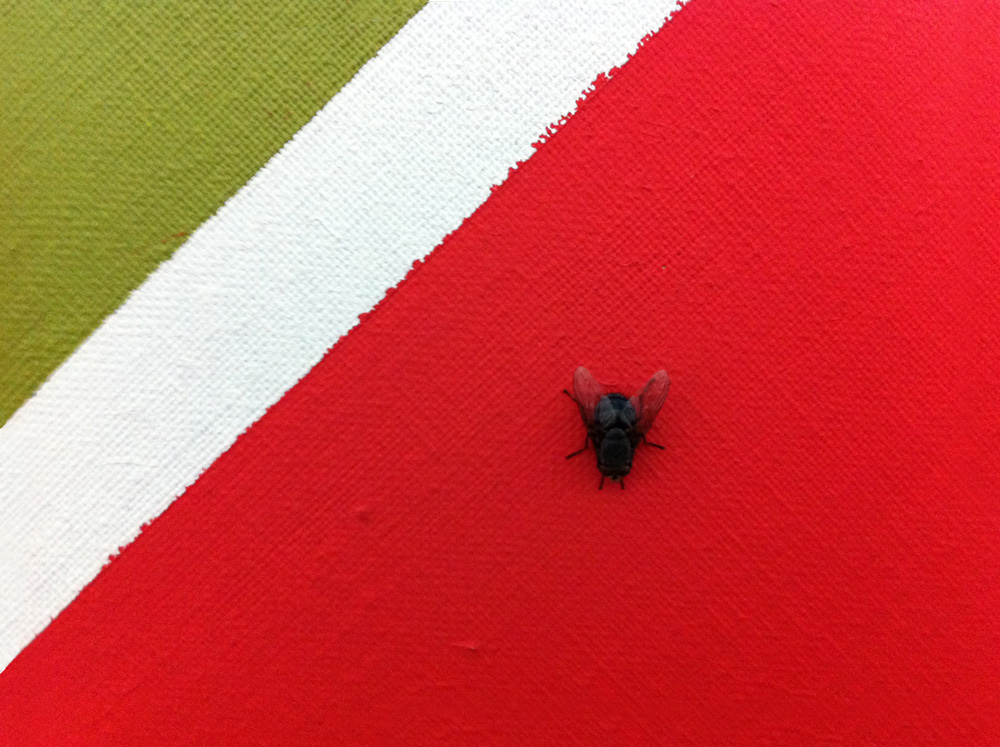 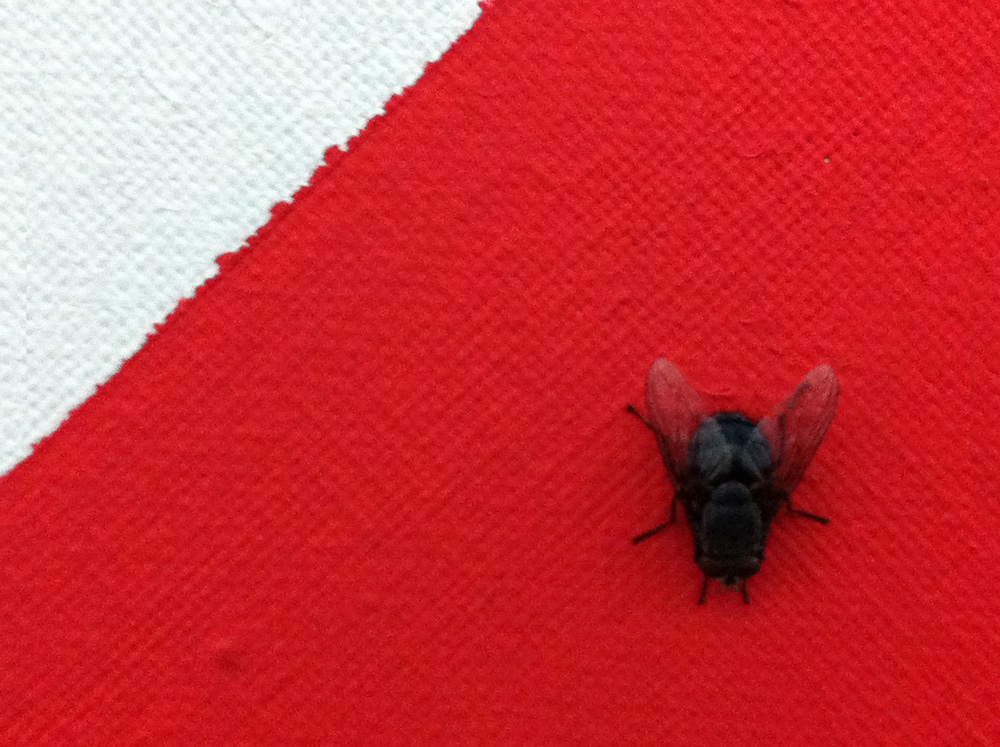 translated from the French by Blandine Longre and Paul Stubbs
<> pdf